The people of CASA in SLO County

Members of the Central Coast community working to make the lives of abused and neglected children in the County Court system better, by standing on their behalf.
Menu 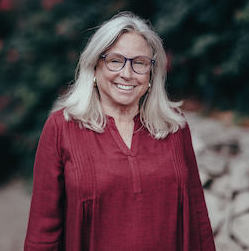 Teresa Rothe Tardiff has been Executive Director of CASA of San Luis Obispo County since 2005, and on staff since 2002. She is an attorney, a graduate of UOP McGeorge School of Law, and has undergraduate degrees in Psychology and Early Childhood Education.

Before becoming a staff member, Teresa was a CASA advocate for 8 children. Teresa is an active member of the local Blue Ribbon Commission on foster care and Dependency Court Stakeholders. She served two years on the California CASA legislative committee and was previously an elected member of the Avila Valley Advisory Commission. In 2010 she was honored to receive the San Luis Obispo County Bar Association’s John L. Seitz Award for Community Service. Teresa is also a recent graduate of San Luis Obispo Leadership Class XIX. “I feel incredibly fortunate to be part of such a wonderful program that makes such a positive impact on the lives of children in our community. Our volunteer advocates are dedicated, caring people from all walks of life who share a commitment to helping children.” 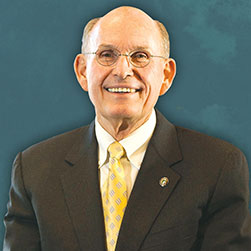 Gil grew up in San Luis Obispo attending local schools graduating from SLOHS. He attended Cal Poly SLO receiving his Bachelor’s and Master’s degrees in Mathematics. Gil was also a student-athlete playing football at Cal Poly and was a survivor of the 1960 plane crash that took the lives of sixteen of his teammates.

Choosing the field of education, Gil taught math and coached at SLOHS for three years, then joined the faculty at Cuesta College in 1967. This began a fifty-one year career at Cuesta serving in many capacities including: math teacher, football coach, dean of sciences and mathematics, vice-president of student services, and superintendent/president. During that time he completed his doctoral studies in educational administration at Brigham Young University.

He retired in June of 2018 after nine years as president and was named President Emeritus by the Cuesta College Board of Trustees. Active in the community, Gil has served on many local boards of directors including Friends of Prado, Sierra Vista Regional Medical Center, SLO Chamber of Commerce, Casa Solana, Community Counseling Center, and the Rotary Club of SLO. Over the last forty years, Gil has raised over $3 million for local non-profit organizations serving as a volunteer auctioneer.

Gil and his wife, Janice, have been married since 1964 and have five adult children and ten grandchildren. 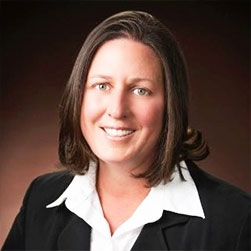 A Native of Southern California, Suzy has been living on the Central Coast for the last 20 years. She is the CEO of Competitive Edge Media and Marketing (CEMM), a National media placement and marketing company, based out of San Luis Obispo.

Suzy attended CSU, Chico for her undergrad and LMU Film School where she obtained a MFA in Screenwriting.

She looks forward to using her media and marketing background to help increase the CASA brand and grow their volunteer and fundraising efforts.

Suzy is married to Cameron and lives in Templeton with her two boys, Andrew (11) and Colby (8). They enjoy sports, camping and tending to their numerous farm animals. 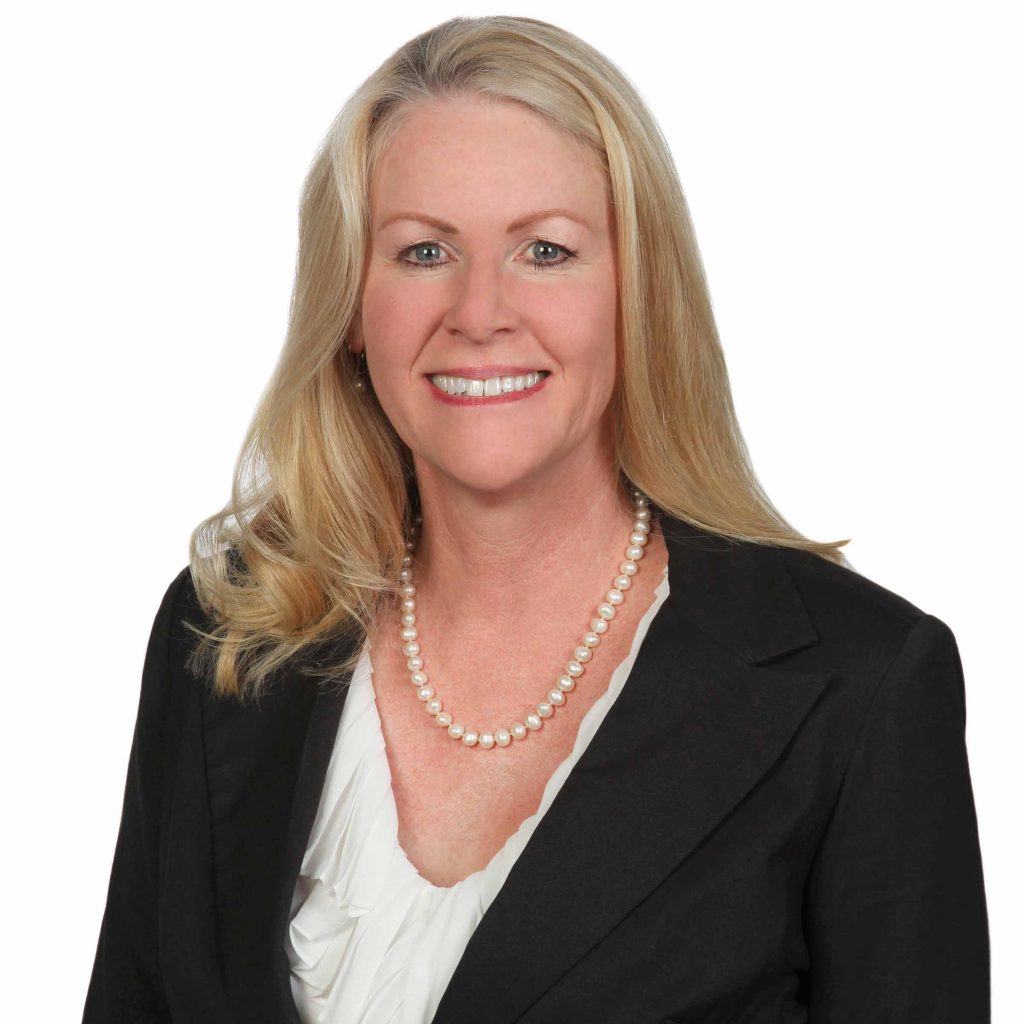 Karen has worked in the financial industry for over 35 years. She earned her BS in Business Management and her Executive MBA from the University of Phoenix. She also graduated from Pacific Coast Banking School at the University of Washington. Karen enjoys cycling, cooking and spending time with her family. She is married with four children. 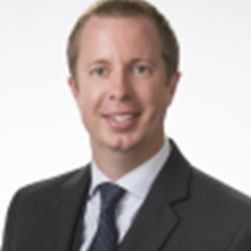 Kirk Douglas Vaughn graduated from California Polytechnic State University at San Luis Obispo in 2003 with a Bachelor of Science Degree in finance and business management along with a minor in economics.

His banking career starting as a residential wholesale mortgage lender for New Century Mortgage in 2003 before joining Bank of America, Wells Fargo, and Community West Bank in the commercial banking/lending divisions. Currently, he is a Senior Vice President/Senior Relationship Manager with 1st Capital Bank. He also serves on the finance committee for Habitat for Humanity and is a member of the Arroyo Grande Rotary Club.

More importantly, he’s very lucky to have a wonderful bride (Martha), 3 amazing kiddos (Khloe, Andrew, and Parker), and a yellow lab (Brady). In his spare time, he enjoys playing tennis, poker, and enjoying all the outdoor activities the central coast has to offer. 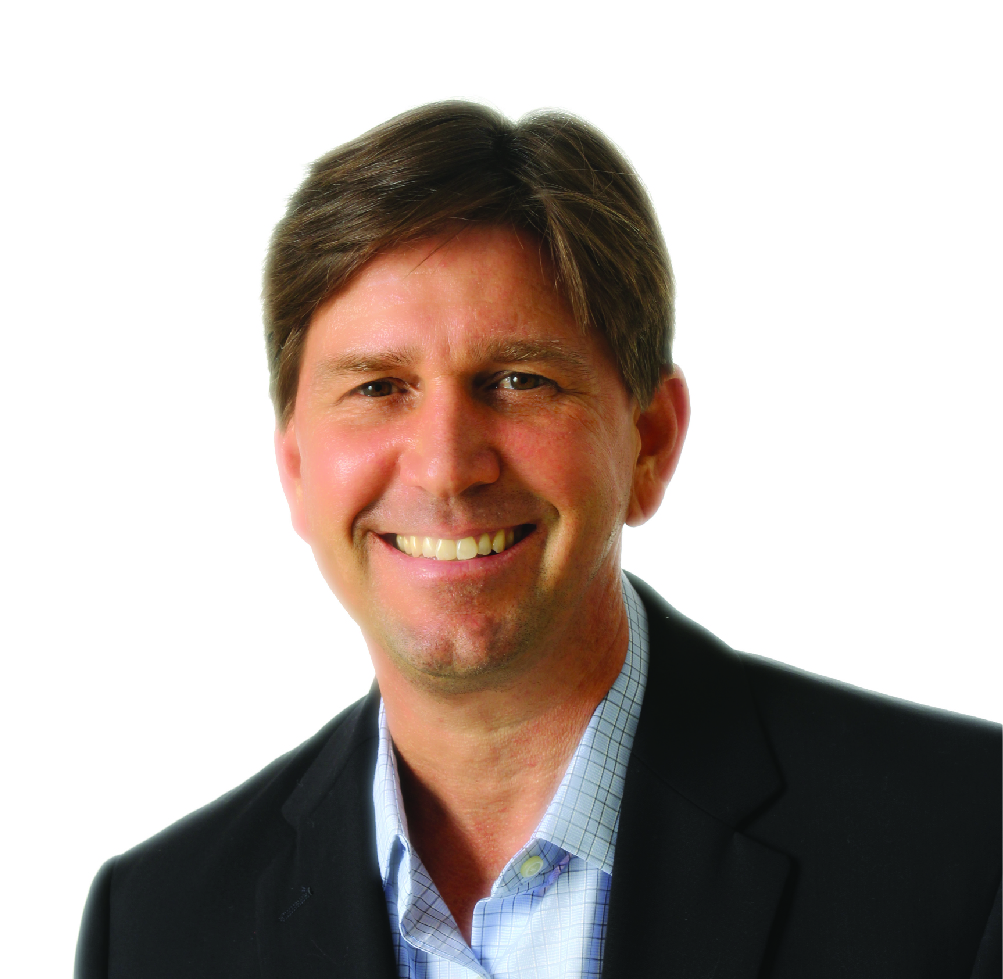 As the founder of Simply Clear Marketing, Bret Colhouer has over 15 years
of experience in the marketing and advertising industry and leads an
experienced marketing team dedicated towards delivering tremendous value to San Luis Obispo County businesses. her husband and two children.

Through dedication to growing with evolving technologies, Bret remains passionate about building a successful, local community using client-centered relationships combined with innovative marketing strategies. He enjoys life on the Central Coast with his beautiful wife, Lani, and his 3 children, Cheyanne, Lily and Makena. In his free time, he plays pickleball, golf and soccer. 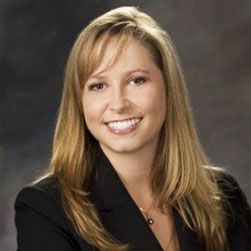 Lindsay served on the CASA board from 2007-2013 and rejoined in 2017. CASA keeps her inspiration for those who help children that cannot speak for themselves.

She also values the concept of having a healthy constant in a child’s life to guide them into adulthood to benefit the child as well as our community as a whole. Lindsay was born and raised in Atascadero. She obtained her Bachelor’s degree in Business with an emphasis in Finance from San Diego State University in 2001. She moved back to the Central Coast and starting her career in commercial banking. She is currently serving the small business community by helping grow and expand local businesses as a SBA Business Development Officer for Customers Bank. With an office in Templeton and residing in Atascadero she enjoys taking full advantage of all the Central Coast has to offer. Whether it be going to the beaches, wine tasting, hiking, or so many other local activities it is easy to enjoy so many beautiful spots this area has to explore. She values spending time with her family, especially her son, Tommy, who is a complete joy to watch grow. 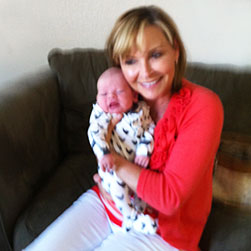 Karen has lived in SLO county for most of her life, specifically in Arroyo Grande. Karen attended Cuesta College where she received her degree in nursing. Karen went on to earn her Bachelor’s Degree from California State Dominguez Hill, and her Master’s Degree from Grand Canyon University. 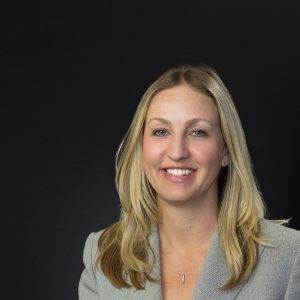 Kelli Blackburn is currently the Market President of Bank of the Sierra’s San Luis Obispo County region. As Market President she oversees a team of commercial and small business relationship managers and credit support staff.

Prior to joining Bank of the Sierra Kelli worked for various Community Banks in the San Luis Obispo area including Coast National Bank, American Perspective Bank, and Premier Valley Bank. Kelli has over 15 years’ experience in Banking, primarily serving in commercial lending capacities. She is currently attending the Pacific Coast Graduate School of Banking. 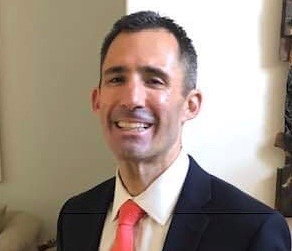 James received his undergraduate degree from the University of Michigan and his juris doctor from Tulane University in New Orleans. His legal career began in his hometown of Palm Springs. There, he worked for the Riverside County District Attorney’s Office before going into civil practice, in Orange County and Palm Springs, for 5 1/2 years. In 2014, James returned to the Riverside County DA’s Office, and in October 2015, he began his career at the SLO County District Attorney’s Office. Of his four years in office, two were spent in the juvenile division where he was introduced to CASA.

He has been involved with numerous nonprofits including coaching mock trial, Big Brothers/Big Sisters of the Desert, and the San Luis Obispo County Bar Association. In addition, to practicing law, he also teaches a legal writing class at the San Luis College of Law. His hobbies/interests include golf, working out, reading, watching movies, and people 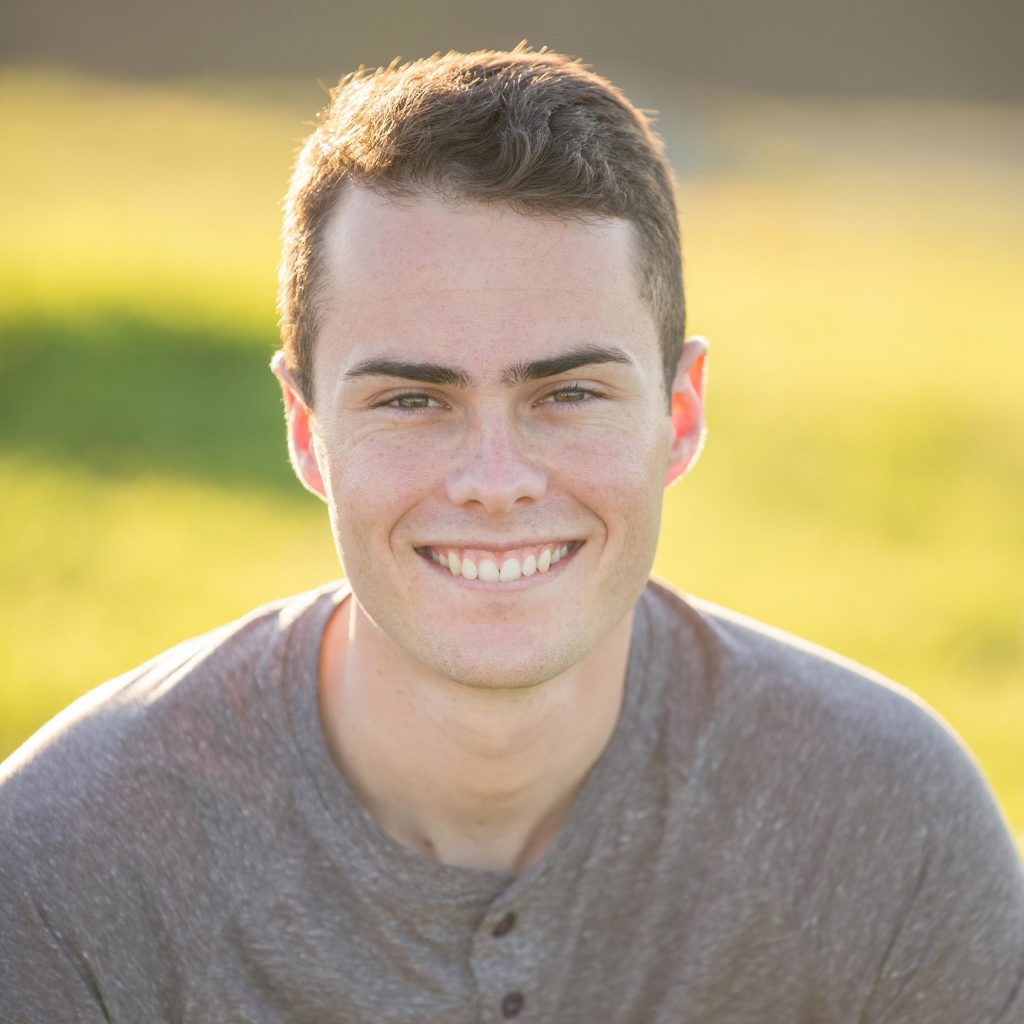 James grew up on the central coast in the 5-cities. While attending California Polytechnic State University, he studied Information Systems and worked full time at Doc Burnstein’s Ice Cream Lab. In addition to his experience working locally, James spent a summer working as an intern at the Tesla headquarters in Fremont, California. After six years in his previous role at Doc Burnsteins, he made the switch to pursue his passion for helping others reach their financial goals. Now James works in Financial Planning at a Vivid Financial Management in Orcutt, CA. Having spent his entire life on the Central Coast, he is excited to grow his small family in a location he loves. James and his wife have 1 daughter and 1 baby on the way! 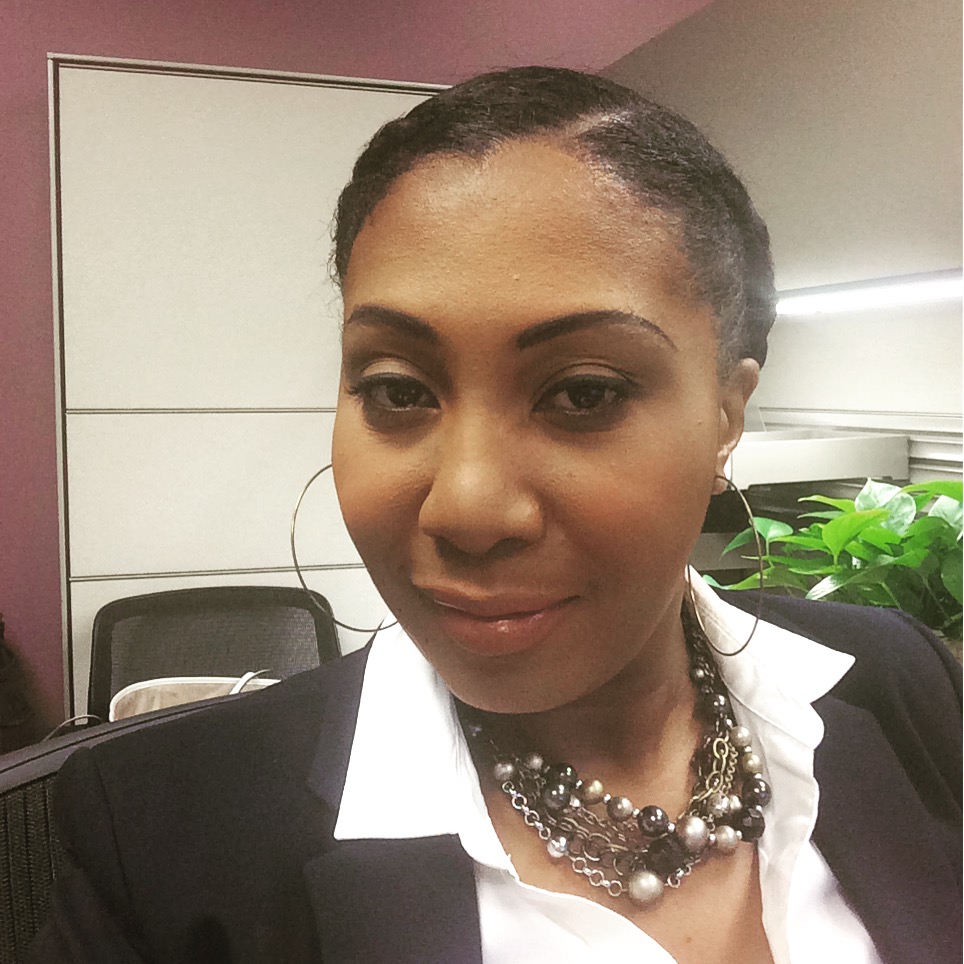 Kaimy Chappell 44, currently resides in ShellBeach, CA. She’s the mother of two young adults and moved to the central coast after 10 years in Texas.   She has spent the last 15 years working in the healthcare compliance field is currently the Chief Compliance Officer for Sierra Vista Regional  Medical Center and Twin Cities Community Hospital.

She is a active member of the Alpha Kappa Alpha (AKA) sorority. She loves to travel, read, and find new places to go out to eat.  Giving back to her community is extremely important and she is super excited to be the newest board member .

Her favorite quote is, You wanna fly, you got to give up the stuff that weighs you down-Toni Morrison 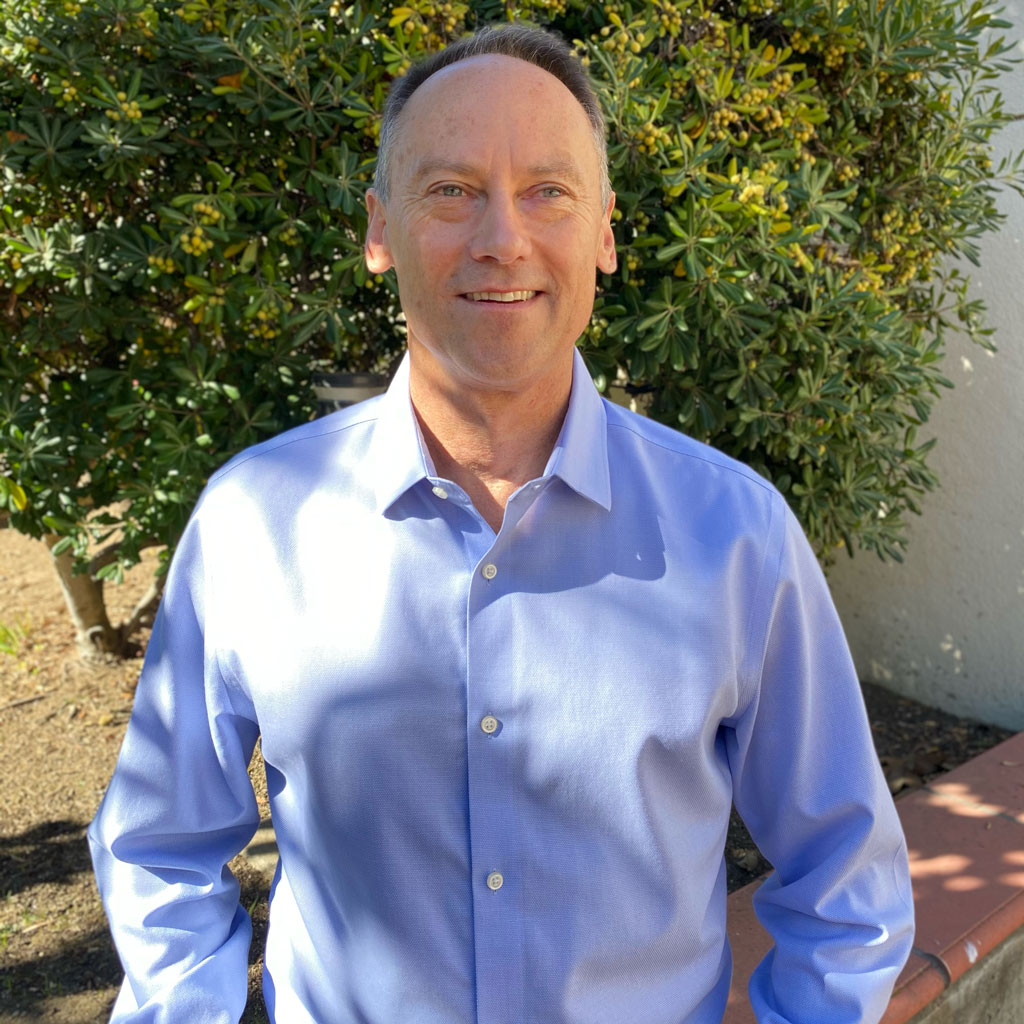 Rudy grew up in SLO attending Cuesta College and graduating from Cal Poly in Business.    He is founder and president of Specialty Construction where he serves with a team of professionals providing diversified construction and development services throughout central California.

He has a passion for young people and became an Advocate in 2014.     Through advocating he has experienced the unique mission of CASA for foster youth first hand, and has seen the real difference one person can make in a child’s life.     Rudy looks forward to supporting and growing  CASA for greater service and life changing impact to the foster youth of SLO County.

Rudy and his wife Jackie keep busy with a blended family of 5 young adults and enjoy all things family, hiking, cycling, and are passionate for our community and social change issues. 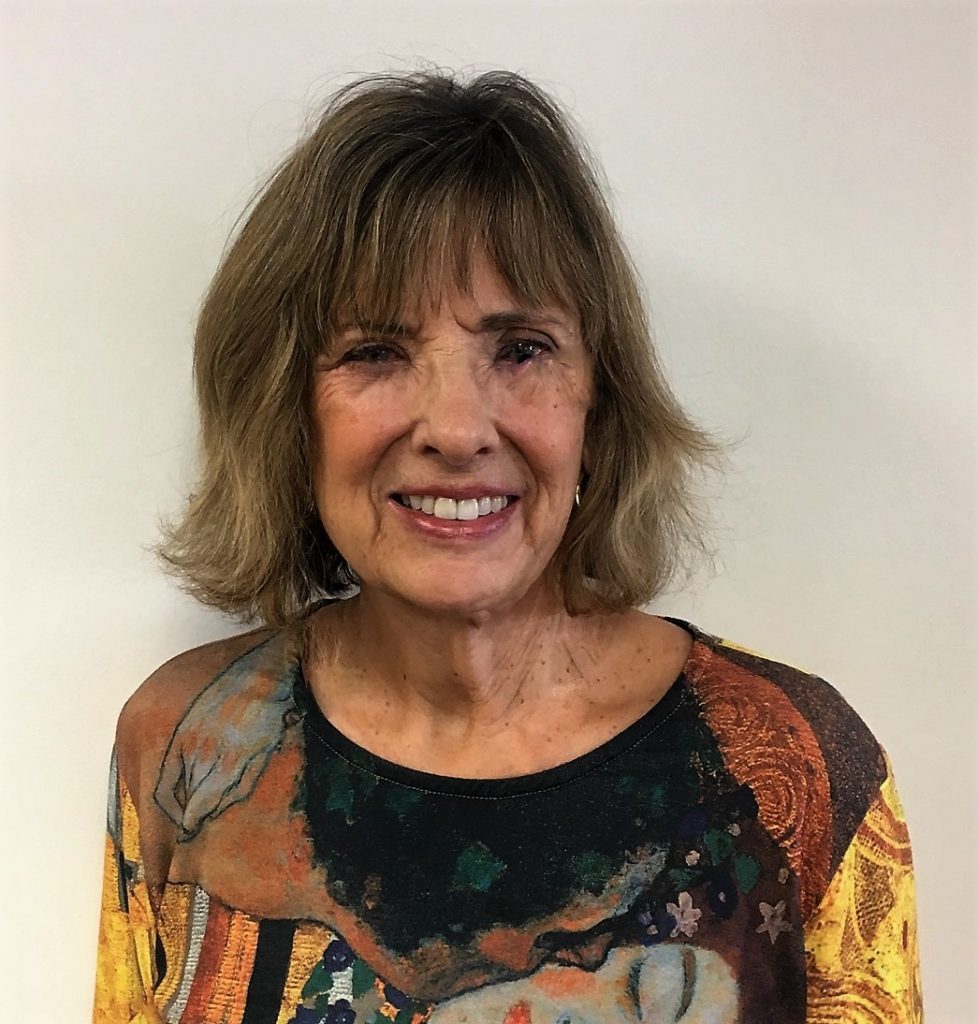 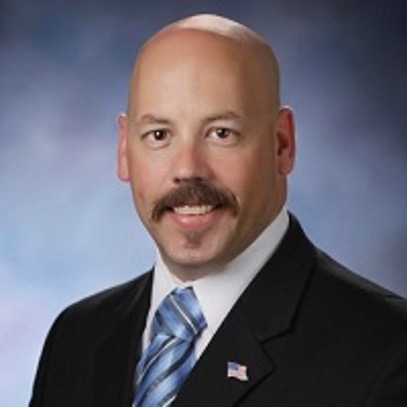 Thomas graduated from Whitman College with a BA in History and ultimately earned his MS at Cal Poly SLO in Agriculture / AgBusiness.  Now the Regional President for 1st Capital Bank in SLO, TA manages a team of dedicated relationship managers and bankers focused on delivering superior customer experiences to the businesses and business owners in the SLO market.  He looks forward to leveraging his financial background for CASA’s benefit.

TA and his bride, Susie, met at Cal Poly and subsequently moved back to the Central Coast in the early 2000s.  They live in Paso Robles and have 1 child – Samantha (Sammie).  Sammie is currently a freshman in the College of Engineering at Cal Poly SLO.  The fourth member of the family is Sir Winston, a 6-year-old Yorkie who loves the mountains and beach and running for miles at a time!  The family enjoys the camping, hiking, and the outdoors. 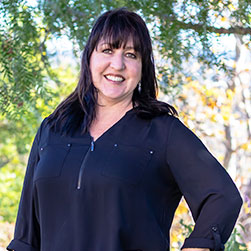 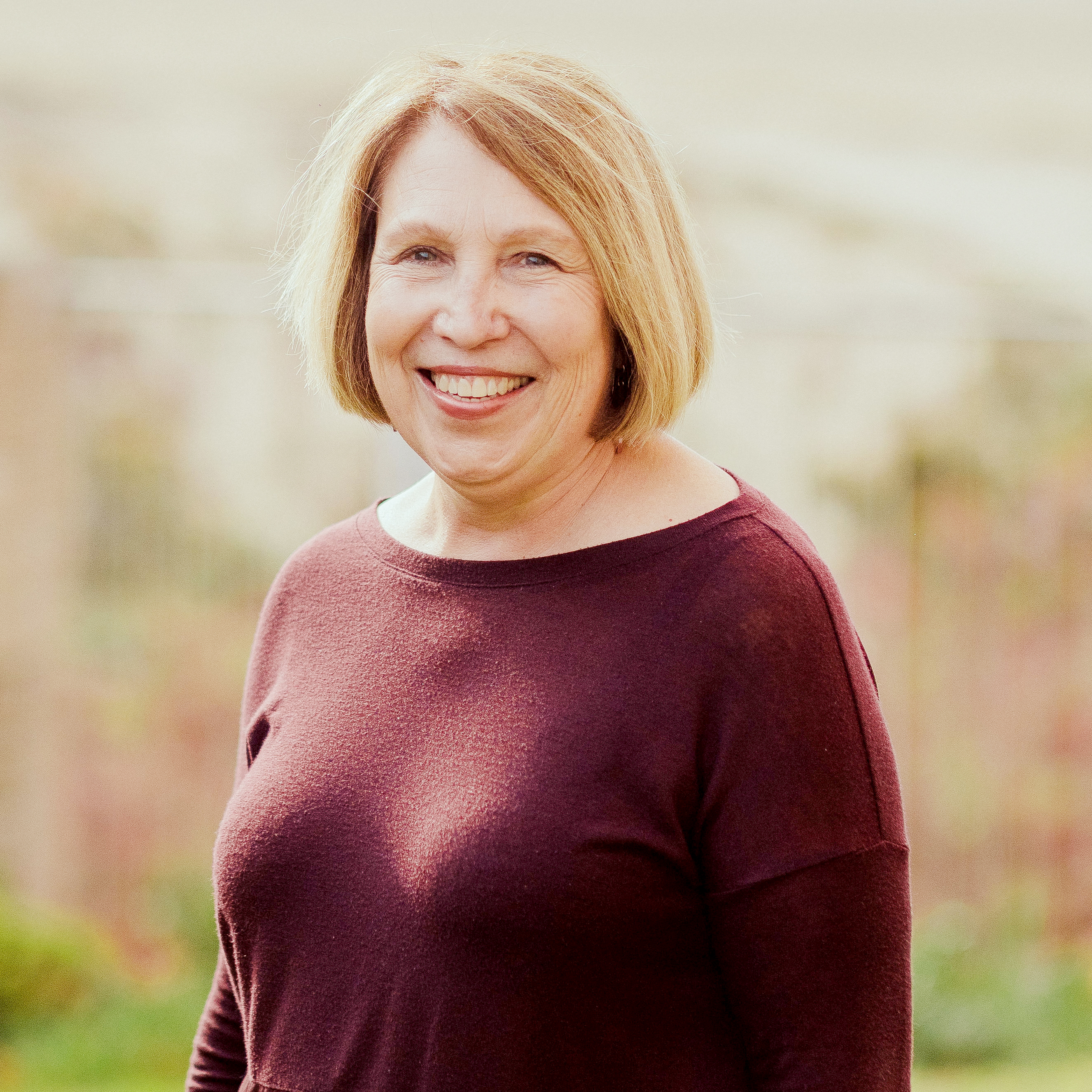 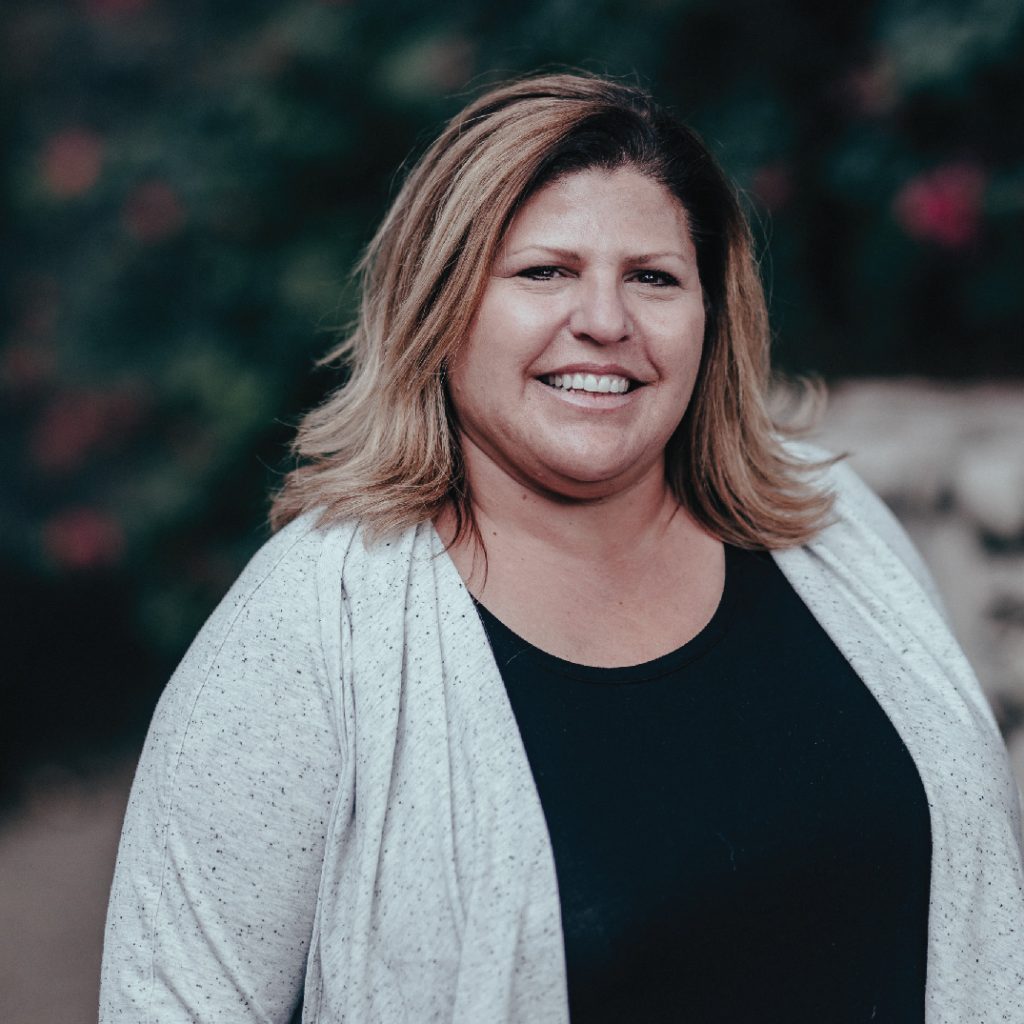 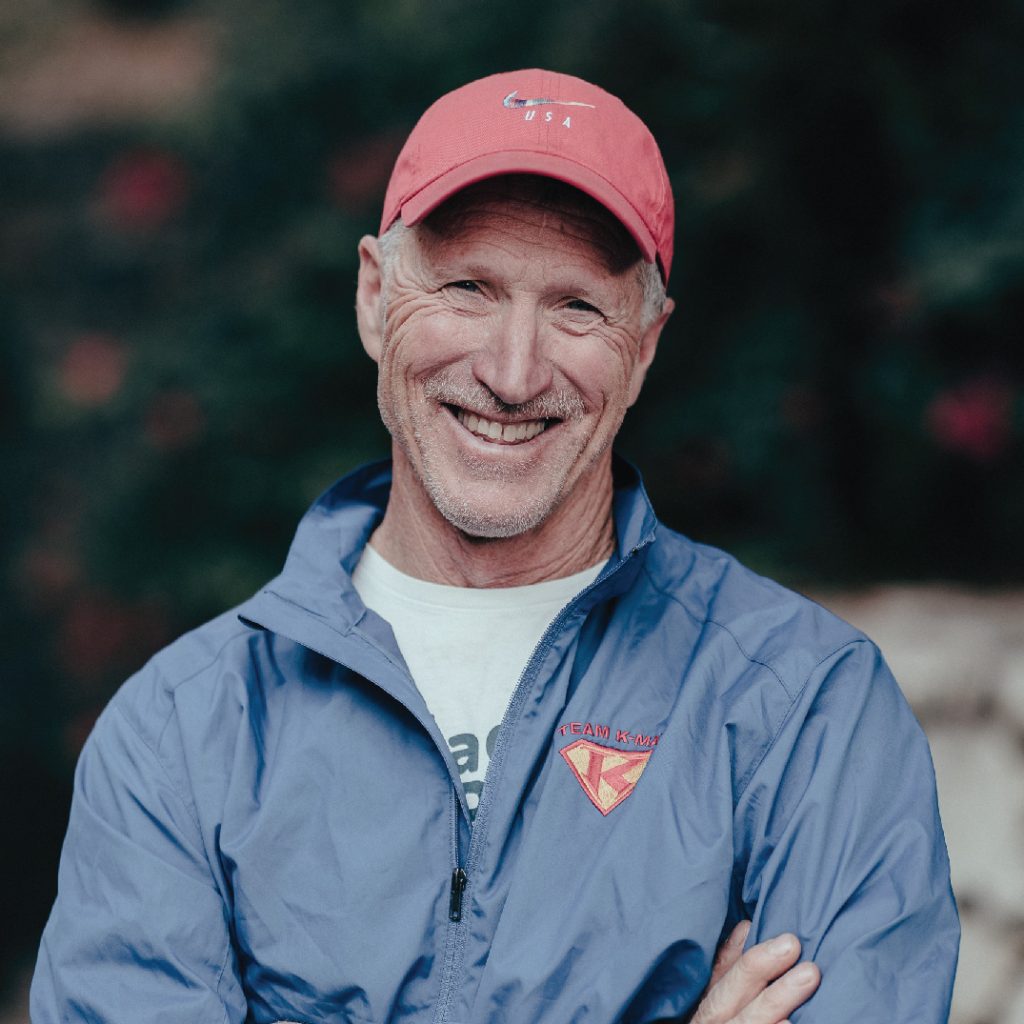 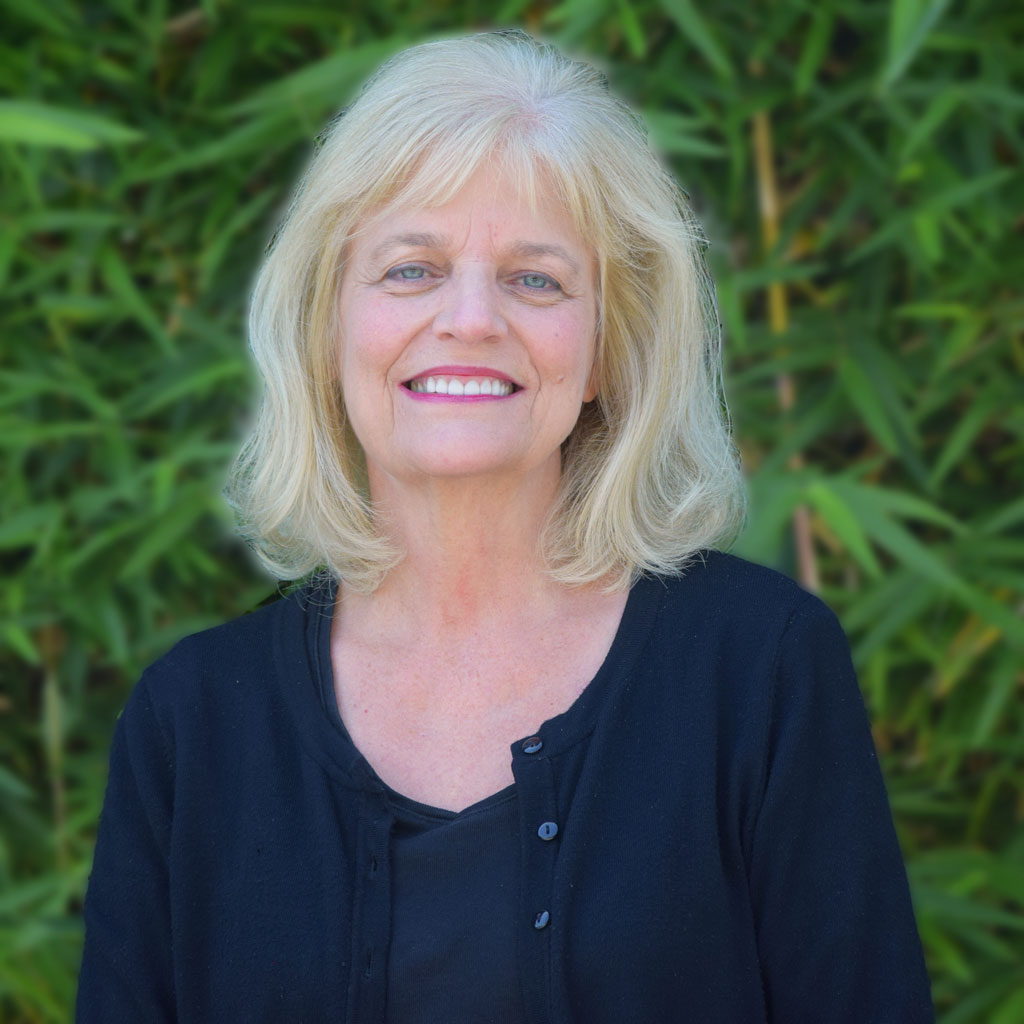 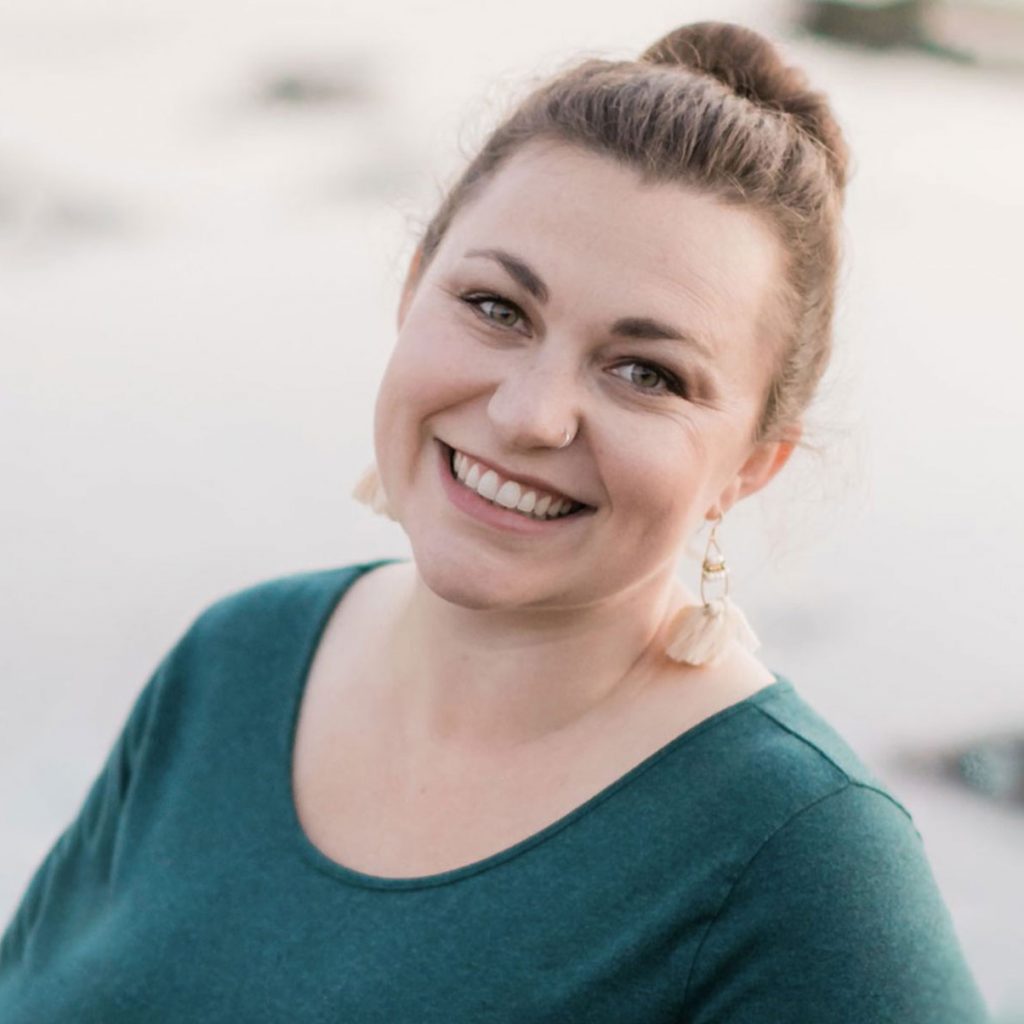 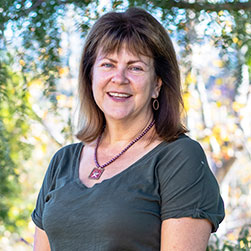 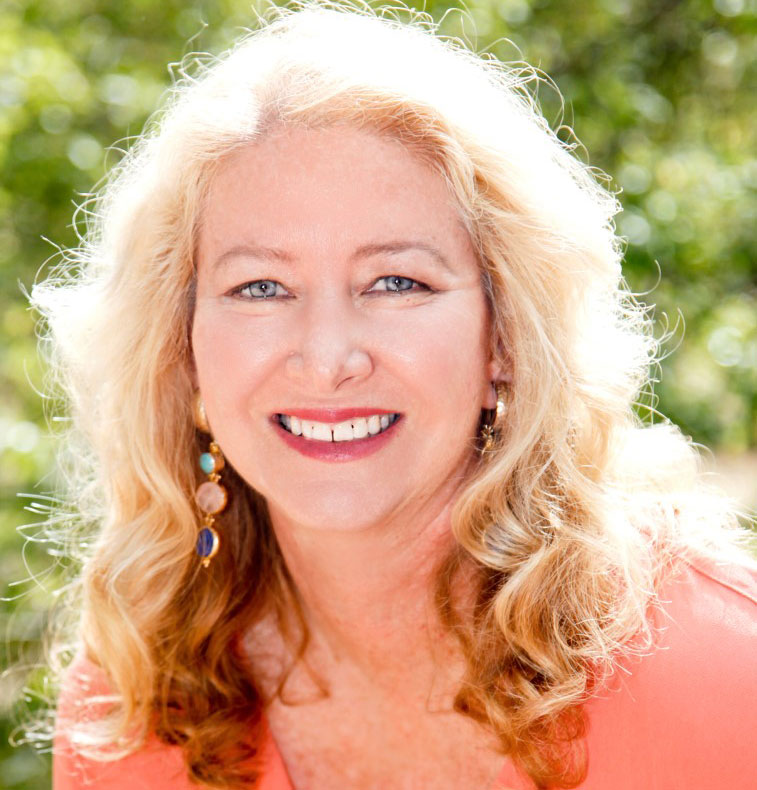 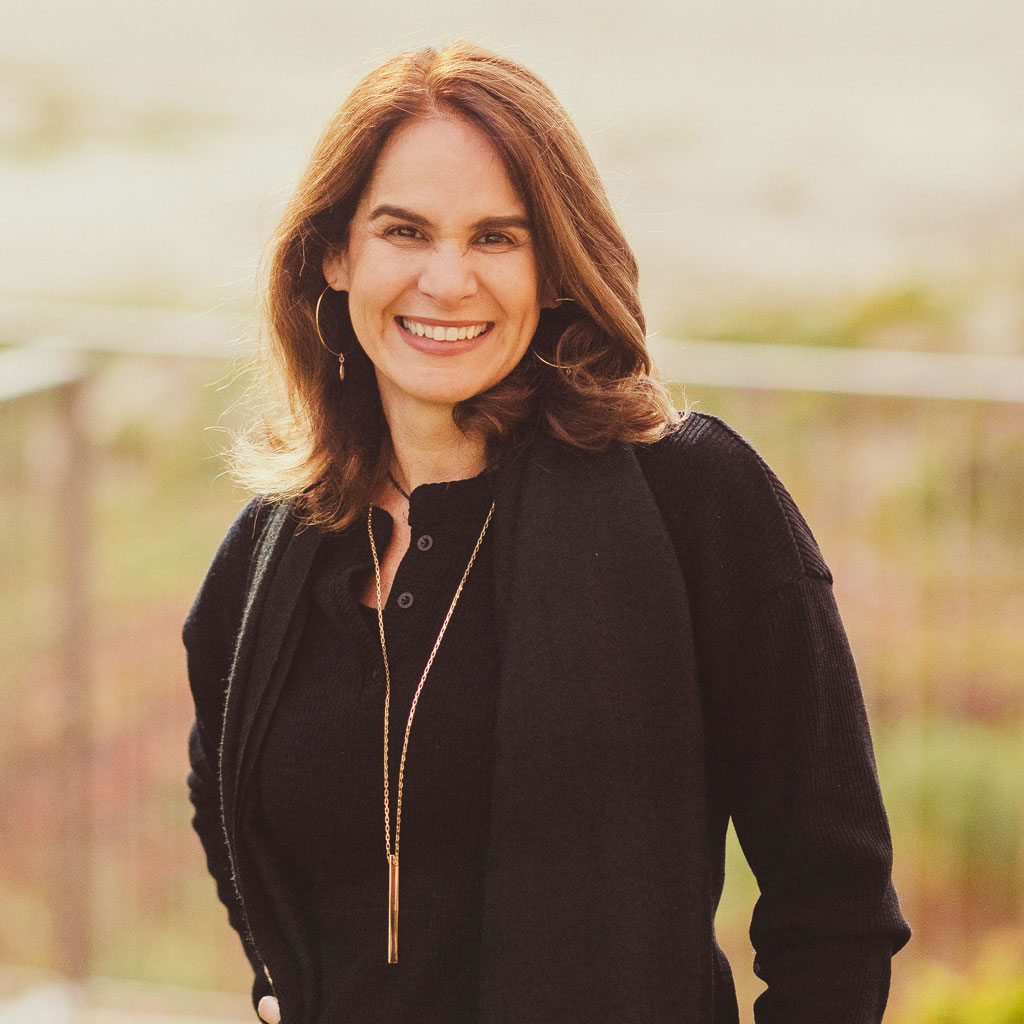 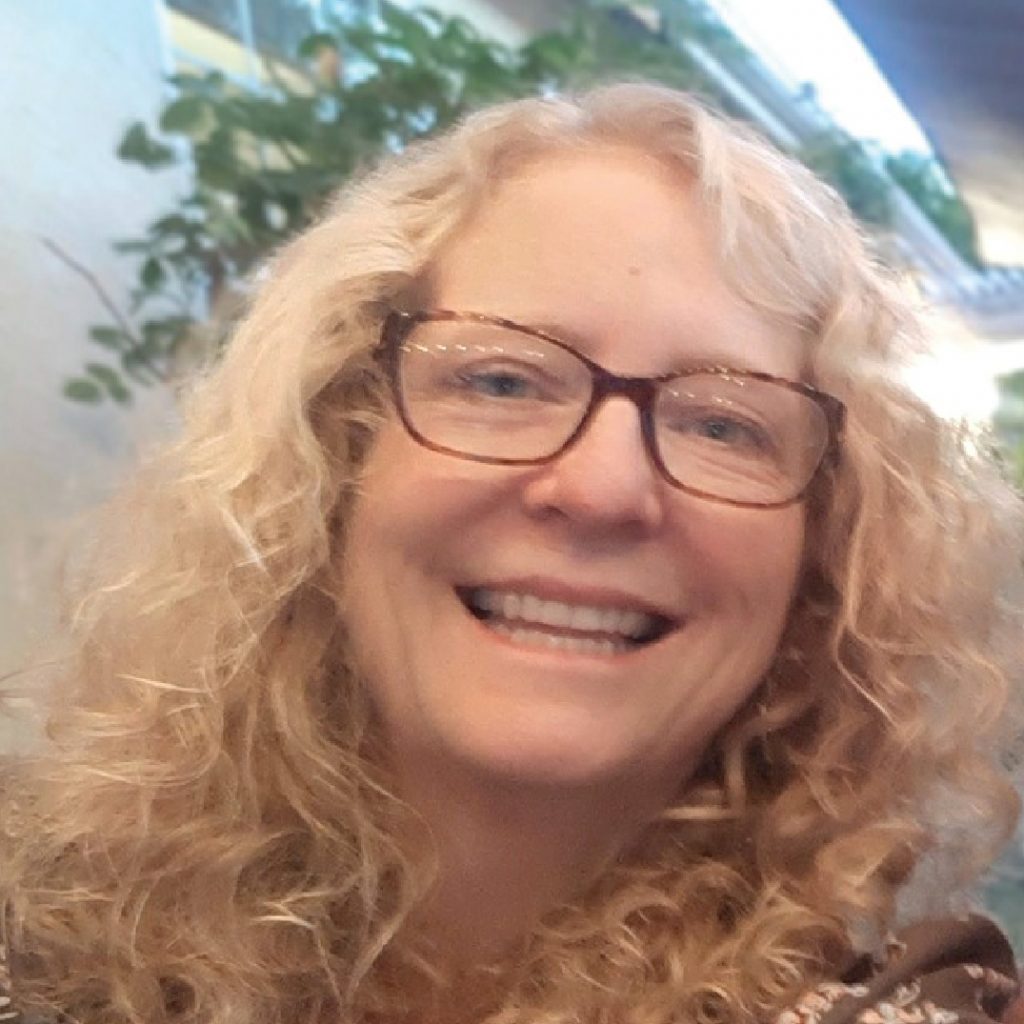 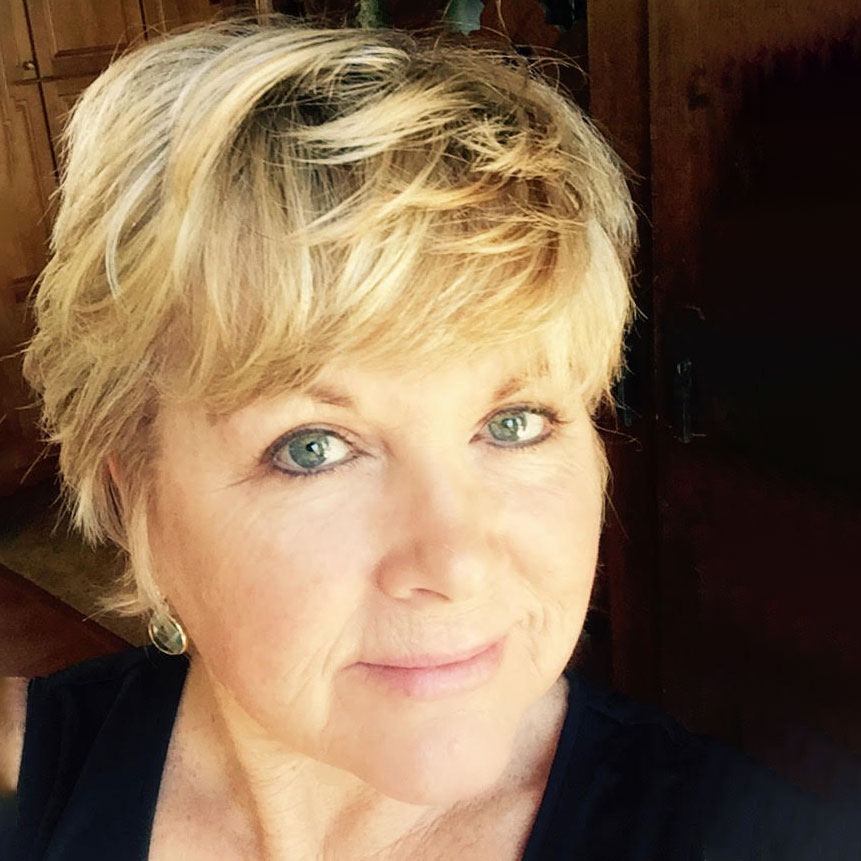 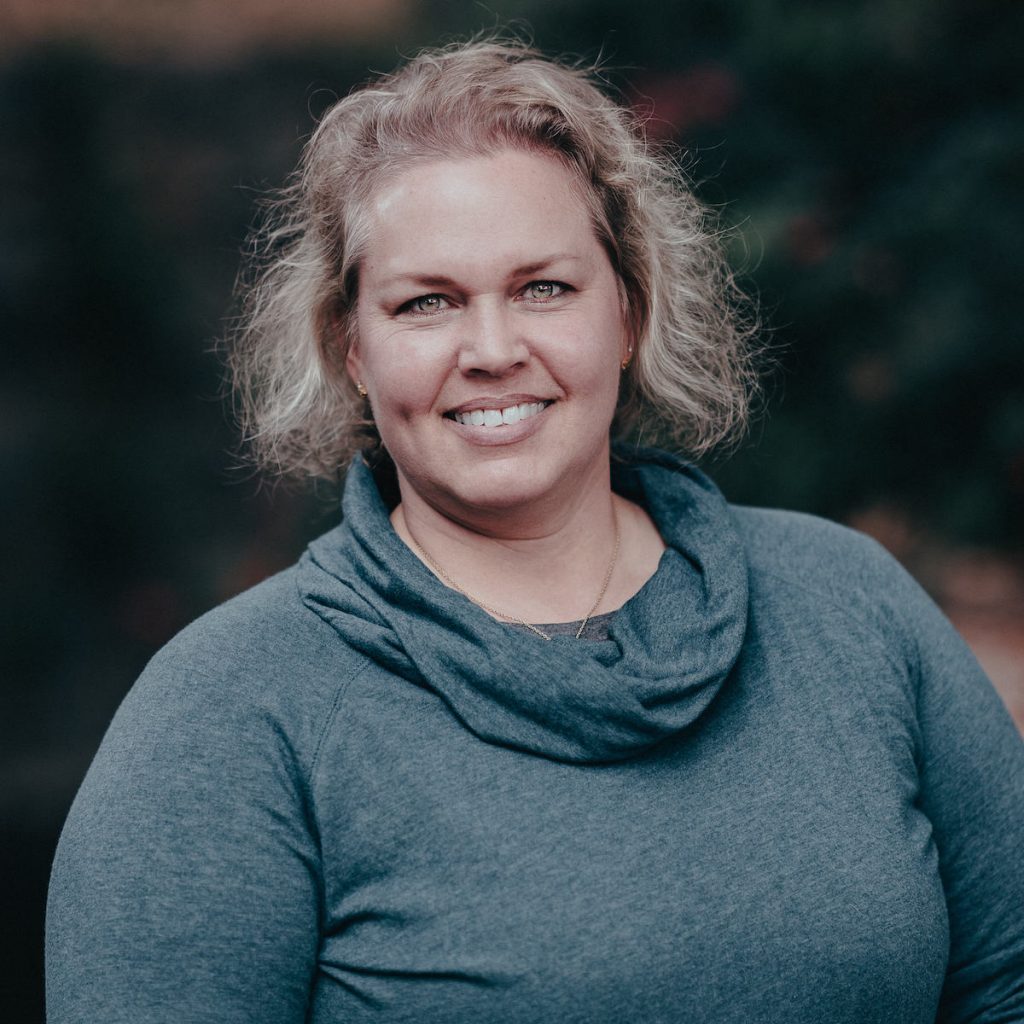 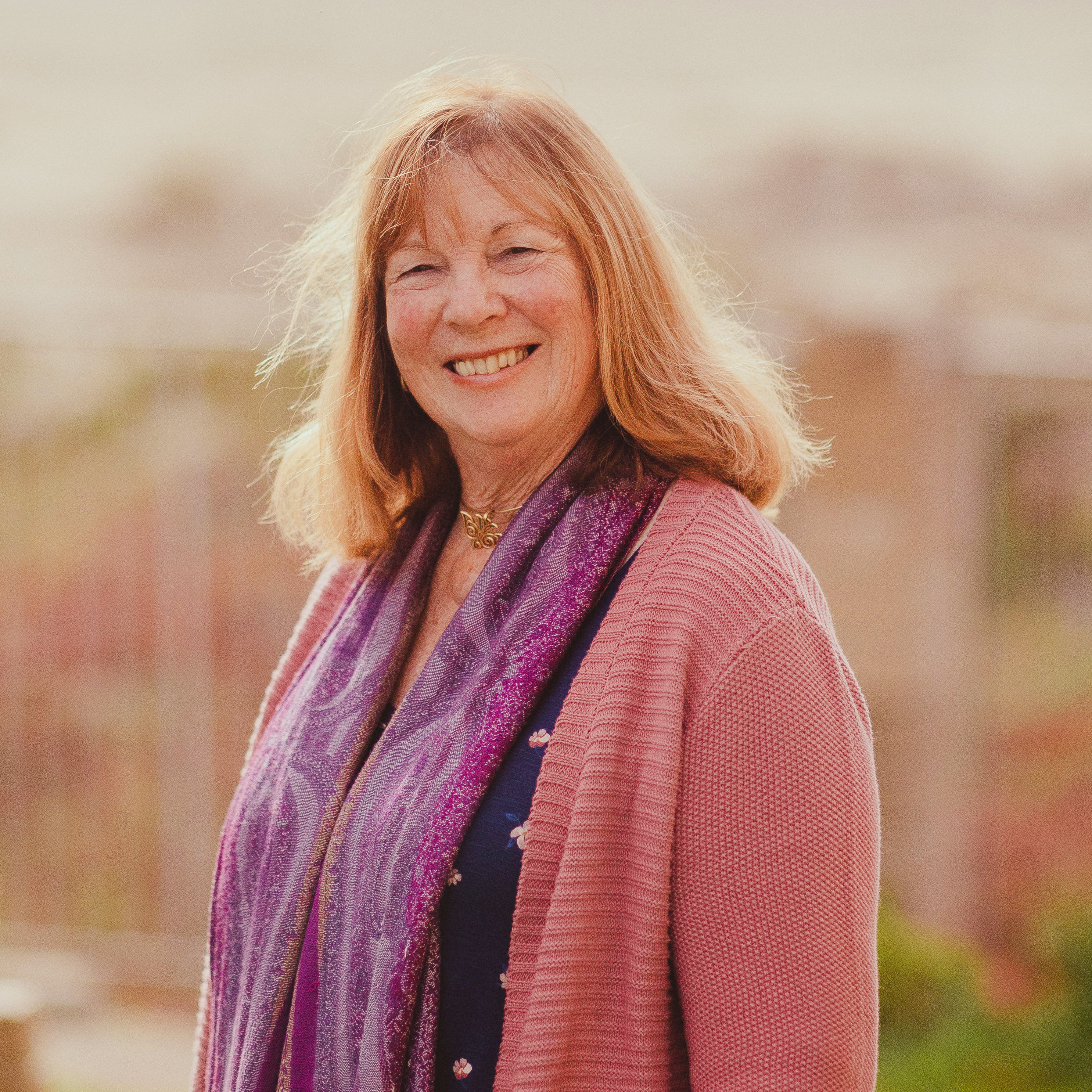 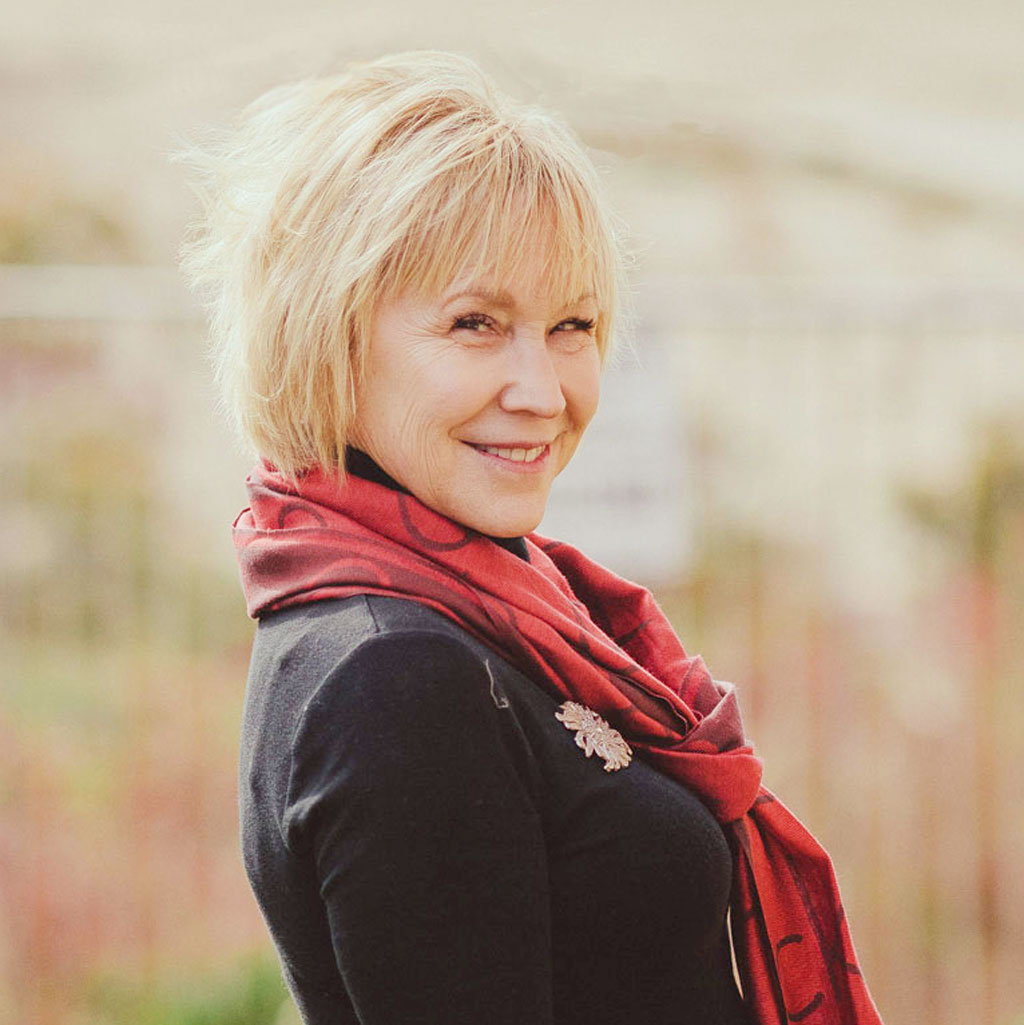 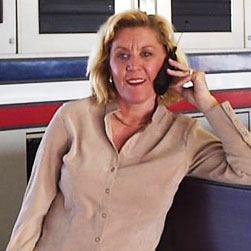